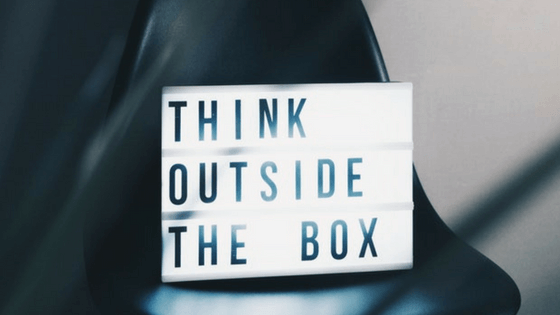 If at first we don't succeed... We will try, try, and try again! It can be disheartening to give your all to a project or a venture and not have it turn out the way you want it to. The word 'failure' is something most people are scared of. But we think failure is just a learning curve on the way to success - just looks at these successful people failed the first time!

1. Thomas Edison. When Edison was young, his teachers told him he was ‘too stupid to learn anything’. But later in life, Edison went to hold more than 1,000 patents! Including a product  which we use every single day today: the electric lamp.

2. Albert Einstein. We know Einstein as the icon of intelligence, but he had some set backs. When he was a child Einstein didn’t start speaking until he was four, nor reading until he was seven, and doctors thought him to have learning difficulties. Later in life, Einstein won a Nobel Prize and changed how we think of physics.

3. Oprah Winfrey. We now know Oprah as a billionaire with her own TV channel, but did you know that she was fired from her first job as a TV anchor? But Oprah never gave up and carried on going - this is her quote relating to previous experience:
“There is no such thing as failure. Failure is just life trying to move us in another direction.”

4. Walt Disney. If Disney listened to his former newspaper editor, there would be less magic in the world. Why? Because he was told he lacked imagination and had no good ideas. Fast forward to today and Disney is an iconic name in multiple industries; his parks have been built with ample imagination and creativity; and his ideas have been adopted by some of the most successful businesses. Walt Disney's thoughts on failure:

"I think it's important to have a good hard failure when you're young... Because it makes you kind of aware of what can happen to you. Because of it I've never had any fear in my whole life when we've been near collapse and all of that. I've never been afraid."

5. Steven Spielberg. His movies have grossed more than $9 billion and Spielberg won three Academy Awards - we all know his name. But it wasn't always smooth sailing: Spielberg was rejected not once but twice by the University of Southern California’s School of Cinematic Arts. The university has now built a building in honour of the movie maker.

6. J.K. Rowling. Prior to the fame and fortune of Harry Potter, Rowling was a broke, depressed single mother who carried on her passion in writing whilst keeping up her studies. She is now one of the richest women in the world, and this is her take on failure:

"It is impossible to live without failing at something, unless you live so cautiously that you might as well not have lived at all - in which case, you fail by default."

7. Stephen King. Known as one of the most illustrious novelists, Stephen King is no stranger to rejection. His first book, Carrie, was turned down by publishers 30 times! A discouraged King threw his book in the bin, however his wife saved it and motivated him to try again, which led to his first book deal.

8. Charles Darwin. Darwin has shaped our understanding of the world, but when he was a student his teachers deemend him average and he event dropped out of his career in medicine. He later embarked on a different journey to study nature, and led to 'On the Origin of Species' which has made the biggest impact on how we look at our existence.

9. Sir James Dyson. Do you ever feel like giving up on a product when things don't go to plan? Dyson had a total number of 5,126 failed prototypes over the course of 15 years. That did not stop him from carrying on to create the best-selling vaccum cleaner which led to his net worth of $4.5billion.

So if you ever feel like giving up, don't. What we can learn from the successes of these talented individuals is that not many people get it right the first time; and that nothing great comes easy. Take advantage of our free Inventor's Advice Pack; and if you need help we're an e-mail click away: [email protected]